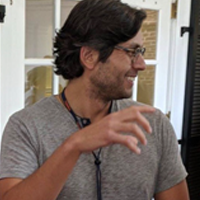 Jonathan is a trial attorney and litigator.  Trained in Forensic Trauma Interviewing techniques – works directly with victims and believes in the power of trauma-informed lawyering.  Worked as a defense lawyer a law firm in litigation for one year, doing civil litigation.

Appointed as an Assistant District Attorney in the Kings County District Attorney’s Office.  Jonathan has conducted and won trials and hearings and successfully argued before judges on behalf of the People of the State of New York.

Jonathan is on the Diversity and Inclusion executive committee for the vision of the Office. A political committee member at a number of organizations including: the Hispanic Bar Association of D.C., and has worked formerly with the City Council, and the United States Congress on issues of justice.

He has a Master’s in English and African American Cultural Studies from the University of Virginia, and was a fellow at the Rutgers American Studies Institute for Race, Ethnicity and Modern Culture

In a past life, was an adjunct professor at C.U.N.Y. Hunter College teaching poetry studies and multicultural American Literature.

Leader and Founder of the Old Boys Diversity Council at his alma mater. Has received various awards including the Edward V. Sparer fellowship for public interest, spoke at Harvard University on Immigration and Justice Narratives and presented at international conferences on English Literature and Multiethnic studies.

Jonathan is a well-known published poet and reader of slam poetry.